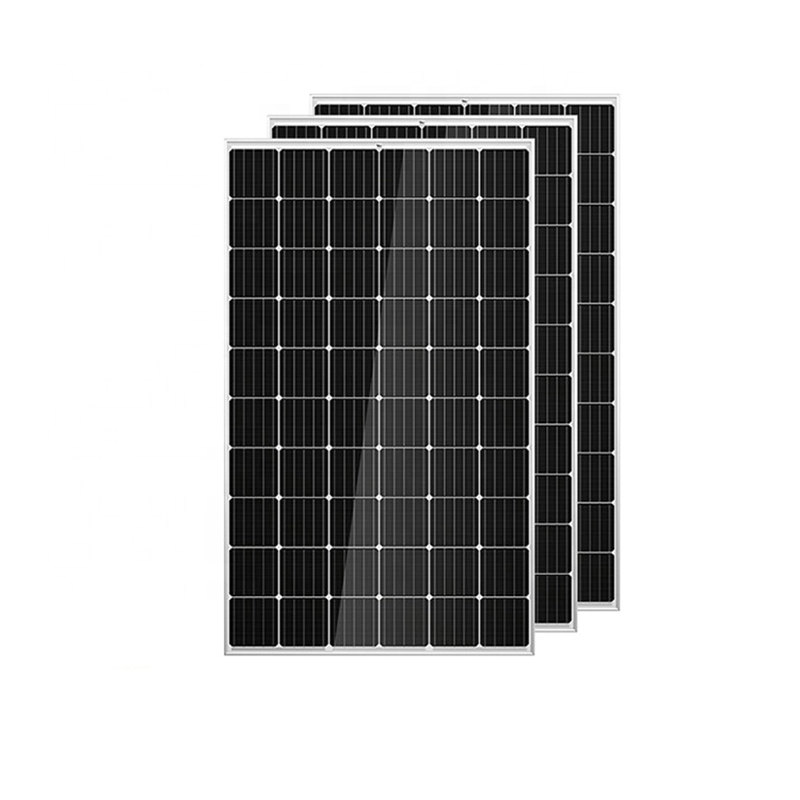 China is currently the largest producer of solar panels in the world. Its market share is estimated at around 80%. In addition, China also has the highest number of solar panel installations worldwide.

In the months before, Biden had formally approved a controversial ban on all solar products from China. Therefore, the corporate solar market in the United States virtually ground to a halt, and environmentalist critics were even more urgent an ants walking in the fire. Now Biden had no choice but to announce that for two years it would allow imports of solar panels from Southeast Asia into the US without tariffs.

That is to say, the solar panels or products made of them are made in China, and the Southeast Asian area has performed the last assembly. Some of them even branded them and put them up for sale in the U.S.

Without China, Southeast Asia is still unable to do solar cell industry in this aspect. Of course, when the United States eliminates this, Southeast Asia will have the chance for a middleman to assist the costs on Chinese products, but this also has positive aspects. China will also give benefits to others, and also allow others to grow in stature. In addition, It’s an interesting atmosphere.

Besides, The main production links and profits are still in China.

Hanwha Q CELLS is a solar energy company that manufactures and distributes solar panels. The company was founded in 1999 by Dr. Byung Chul Yoo and is headquartered in South Korea. Hanwha Q CELLS, a leading global solar energy company, announced that it has ranked first in major markets such as the United States, Germany, and the United Kingdom. The company’s market share in these countries was far greater than its competitors.

Currently, Hanwha Q CELLS has large-scale solar cell and module production facilities around the world, including Korea, China, Malaysia, and the US. It is further accelerating innovation in research and development to more effectively respond to global demand. In the first quarter of 2019, a 1.7 gigawatt (GW) module factory was opened in the state of Georgia, US, signifying their continued expansion.

JinkoSolar Holdings Co., Ltd. (NYSE: JKS) was established in 2006 and listed on the NYSE in 2010. It is the indirect controlling shareholder of JinkoSolar Co., Ltd., as one of the few vertically integrated companies in the world. As a photovoltaic manufacturer in the industry chain, JinkoSolar’s business covers the production of high-quality silicon ingots, wafers, and cells, as well as the manufacture of high-efficiency mono- and polycrystalline photovoltaic modules.

By the end of 2021, the annual production capacity of integrated monocrystalline wafers, solar cells and solar modules produced by JinkoSolar will reach 32.5 GW, 24 GW (including 940 MW N-type cells) and 45 GW, respectively.

Silfab Solar is a Canadian solar energy company that manufactures solar modules. The company has been in business since 2001 and has a manufacturing plant in Toronto. Silfab Solar modules are used in a variety of applications, including residential, commercial, and utility-scale installations.

Silfab manufacturer with 800 megawatts of photovoltaic module manufacturing capacity in Washington, has previously determined to expand its new cell manufacturing facility and negotiated incentives with U.S. state and local governments to build the facility.

In 2009, First Solar, Inc. became the first solar panel manufacturer in the world to build a factory that could produce solar modules at a cost of less than $1 per watt. The company has continued to lead the industry in terms of cost-efficiency and was the first to produce a solar module that could be installed without government subsidies. First Solar is also one of the largest providers of utility-scale photovoltaic systems in the world.

First Solar’s thin film technology is well-suited for hot, dry climates like those found in the Southwest United States. The company has also been a leader in moving towards large-scale deployment of solar power.

Mission Solar Energy is headquartered in San Antonio, TX., where they manufacture solar modules using the latest technology and equipment. They are committed to producing high-quality solar products that meet the needs of their customers.

They offer a wide range of solar products that can be used for residential, commercial, and industrial applications, and they are always looking for new ways to improve solar products and services.

Mission Solar is a member of OCI Company Ltd., a multi-national company with diversified businesses in the fields of chemical, construction, and energy. OCI Company Ltd. has been in business for over 50 years and is headquartered in Seoul, South Korea.

Solaria is a company on the forefront of solar technology. They have developed a method of manufacturing solar cells that is more efficient and cost effective than traditional methods. This has allowed them to produce solar panels that are cheaper than most other premium brands, while still maintaining high quality and performance. Solaria panels are ideal for residential or commercial applications where quality and value are both important factors.

Located in Silicon Valley SunPower Corporation is a public company. It sells and installs solar energy systems for homes, businesses, government organizations, and utilities. SunPower is the world’s largest manufacturer of solar panels with a 22% market share as of 2017. The company has been in business since 1985 and was founded by Dr. Richard Swanson.

SunPower is a leading solar technology company that offers homeowners access to solar energy with a diversified portfolio of leading residential and solar storage solutions. SunPower’s high efficiency solar panels are exclusive to its products and have been installed in over 2 million homes globally.

With SunPower, customers can choose from a range of solar products, financing options, and services that make going solar simple and affordable. In addition to its cutting-edge solar technology, SunPower also offers home battery storage systems that allow customers to store solar energy for use when the sun isn’t shining. This gives customers the ability to use more of their own renewable energy and reduce their reliance on the grid.

Since 2000 LONGi Solar is a leading manufacturer of mono-crystalline silicon solar wafers, cells and modules. LONGi has been a technology and manufacturing leader in the solar industry for many years. LONGi’s products are some of the most efficient and reliable on the market.

Yingli Green Energy Holdings Limited (NYSE: YGE) is a leading global solar energy company and one of the world’s largest manufacturers of vertically integrated photovoltaic power generation products. Their business mainly involves the design, manufacture and sales of photovoltaic modules, and the products are mainly sold to countries and regions such as Germany, Spain, Italy, Greece, France, South Korea, China and the United States.

It is headquartered in Baoding, China, and has more than ten branches and offices around the world, with a total of more than 6,000 employees. At Yingli, they are committed to providing clean, renewable energy to factories, homes and utilities around the world through photovoltaic technology.

Trina Solar Co., Ltd. (“Trina Solar” for short, stock code: 688599), the world’s leading provider of photovoltaic smart energy solutions, was founded in Changzhou, Jiangsu in 1997. As of the end of 2017, Trina The cumulative shipments of photovoltaic modules ranked first in the world.

Trina Solar has successively set up regional headquarters in Europe, America and Asia-Pacific Middle East in Zurich, Switzerland, San Jose, California, and Singapore, as well as offices in Tokyo, Madrid, Milan, Sydney, Beijing and Shanghai. High-level talents from 10 countries and regions, with business in more than 100 countries and regions around the world.

From 2016 to 2020, Trina Solar has been selected by Bloomberg New Energy Finance (BNEF) as the “Most Valuable Global Module Brand” for five consecutive times.

Established in 1995, Jiangsu Linyang Energy Co., Ltd. is one of the well-known providers of terminal products and system solutions for smart meters and electricity information management systems in China. After 20 years of tempering, transformation and take-off, it has now become a listed company with more than 60 subsidiaries and group operations.

Jiangsu Aide Solar Technology Co., Ltd. is located in the Economic Development Zone of Xuzhou City, a transportation hub in China. The company was founded at the end of 2003. In September 2007, it successfully entered into a joint venture with Qiangmao Group, the largest semiconductor discrete device manufacturer in the Chinese world and a listed company in Taiwan.

Nanjing ET Solar Group has a marketing headquarters in Nanjing, China, and branches in Munich, Germany, California, Rome, Italy, Paris, France, and Seoul, South Korea. The marketing network covers the world’s major photovoltaic markets, and its products and businesses cover more than 50 countries and regions. The company has 3 manufacturing bases in China and a total of 2,500 employees.

Based on the professional, large-scale and international development path, JA Solar has introduced internationally advanced solar cell production equipment and hired senior scientists and engineers from all over the world to achieve their strategic goals. A group of international professionals with rich experience has formed the JA management team. They are actively promoting the company to enter the global platform, focusing on the long-term development of the international solar industry, so that JA products are widely used in the world.

How do you install solar panels?

Solar panels are a great way to reduce your environmental impact and save money on your energy bill, but only if they are well maintained. By following a few simple steps, you can keep your solar panels running at peak efficiency for years to come.

First, make sure the area around your panels is clear of any debris or obstructions.

Next, check the panel frames for corrosion and damage, and repair or replace as necessary.

Also, make sure the wiring is in good condition and properly secured.

Finally, clean the panels regularly to remove any dirt or dust buildup. By following these simple steps, you can ensure that your solar panels are running at their best and generating the most savings possible.

The following is a specific inspection list for solar panel inspection and maintenance:

Solar panels are becoming increasingly popular due to their many benefits. They are a great way to save money on your energy bills, and they also help the environment by reducing emissions from traditional power plants. Solar panels can be installed on your home or business, and they come in a variety of sizes and styles.

If you need to purchase any solar products, please feel free to contact us for assistance. Don’t forget, our co-founder Dr. Wu is an expert in the new energy industry.